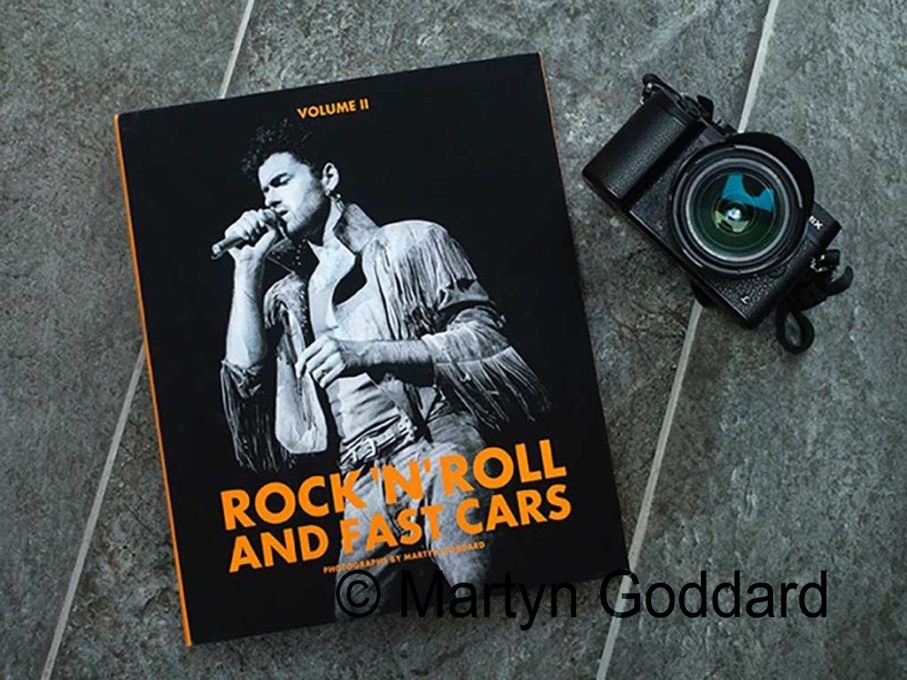 Posted by admin in Uncategorized Tagged with: Book On Oct 25 2017

For rock bands, the second album is always a critical period in their career – and for automobile designers, the MkII or facelift of an existing vehicle is a challenge. Volume II of “Rock ‘n’ Roll and Fast Cars” is a cocktail of both for me as a photographer. The first book would have been the last book, but for the fact that it looked good and was so well received by the readers. Also, I’ve produced so many images over a 44-year career that the space on the 150 pages of version one meant I had to omit many images that were worthy of inclusion – a task akin to getting a quart into a pint pot. This book will be given over to displaying the photographs with my thoughts and anecdotes of what happened on the shoots in what, to me, was the golden age of popular music, automobiles and magazines. As before, there will be a selection of period road-trip stories that put the automobile images into context, written by some great automotive journalists.

Over the past year I have enjoyed visiting record-collector fairs in London and the Netherlands. Through the book I’ve met a number of artists and art directors from the early days, along with fans who just like the strange mix of music and car culture. At the London Olympia event, a record collector purchased the book. Flicking through the pages he commented “did you take this picture? It’s an iconic image”. My response was “yes, that’s my photograph of Debbie Harry used on the picture disc of Parallel Lines”. The collector turned out to be the CEO of Atlantic Records, Craig Kallman. It’s always good to receive positive feedback.

The realisation of both Volumes I and II would not have been possible without the wholehearted support of Mike Pickles and his Really Useful Products Company. Mike is a serial collector of music memorabilia and automobiles, so who could want for more? A truly knowledgeable supporter of this project. This book, though a testament to my past work, includes images from some of my latest assignments – such as the story about the Type 57 Corsica for the Bugatti Automobiles customer magazine, Ettore. Enjoy Volume II.